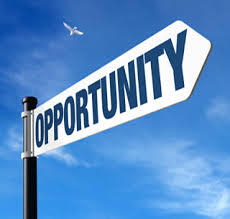 The Oxford Farming Conference (OFC) is looking to award £10,000 in prize money to a recent invention, technology or scientific advance that has really boosted on-farm performance or profitability. Nominations are being sought from farmers and the wider industry for the most deserving projects and people to fit these criteria. The winning nominator will win a fully-paid place at the 2017 Oxford Farming Conference, which runs from 3-5 January 2017.

The Science and Innovation Award is partnered by the Royal Agricultural Society of England (RASE) sponsored by Adama.

“The Award has been running for six years,” explains John Gilliland, an OFC Director. “Its aim is to recognise a technology, system, scientific advance or application that has most aided practical farming – anything from a SmartPhone App, to a piece of machinery or a building design.”

“Our aim is to discover and recognise the often hidden work invented or developed for farmers, thereby addressing an important "recognition gap" of the people or teams behind these projects,” he says.

“Your nomination could allow a developer or inventor to progress or enhance their idea further,” Mr Gilliland adds.

Nominations should fit one of more of the following criteria:

• Improve sustainability through the more efficient use of resources.

Application forms are available for download from the OFC website, the closing date is 30 September 2016. The winner will be presented with the award at the 2017 Oxford Farming Conference which takes place on the 3-5 January.