Who’s Doing What, Where and With Whom for Climate and Agriculture? 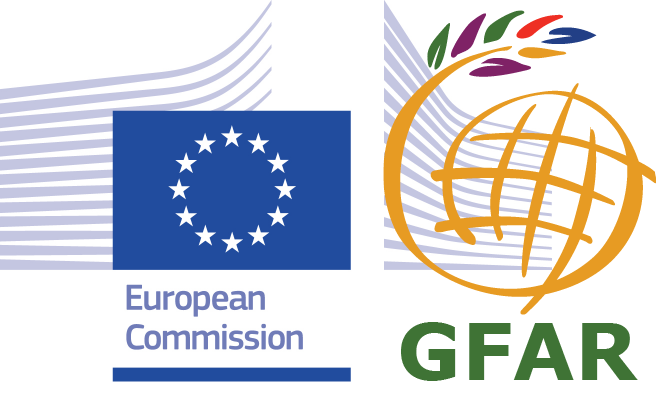 In late June, GFAR Secretariat launched a survey, commissioned by the EU as part of the development of the DeSIRA (Development-Smart Innovation through Research in Agriculture) initiative. The survey aimed to produce a rapid picture of the types and scales of research capabilities and activities available among European research organizations, towards the management of climate change implications in agriculture. The programme is establishing, both for the European Commission and as a GFAR common resource, a knowledge base of European institutional capacities and activities in climate-relevant agricultural research and innovation that can then be efficiently mobilized in subsequent support of the needs of developing countries. The survey was sent out through established contact lists such as those of Paepard and Agrinatura, through the GFAR contact lists and social media and via the GFAR Partners list.

Research areas for which expertise was sought were:

137 survey responses were received by the 31 July deadline, from 29 European countries. 80 European institutions replied: 34 Research institutes, 29 Universities, 11 from civil society and 6 from industry and the private sector. The national research centers of several countries were represented, so results provide a good sample of the types of climate-relevant agricultural research is conducted in Europe, the types of collaborations in place, the amount of resources employed and the main sources of funding. The countries from which we received most responses are the Netherlands, Italy and France. The majority of the institutions are public research institutes and Universities.

Around half the institutions surveyed had less than 10 researchers working on climate change in agriculture. More than 70% operate in small teams and 75% spend less than 100,000 euros p.a. on doctoral or post-doctoral research in these areas. More than half conducted at least some climate-relevant research with a development focus:

Institutions provided information on their major needs. Unsurprisingly, the most recurring word is funding, but it is interesting to note that also partners and collaboration are mentioned very often, as well as capacities and training. Responses on the current trends and future plans for climate-relevant agricultural research in the respondent institutions clearly illustrate an increase of interest in this type of research and the intention of increasing research activities.

The survey has usefully provided a summary of ongoing projects addressing the themes, funded through a variety of sources. The survey remains open, so that a comprehensive database of capacities can be built over time and made available through GFAR as a common resource and directory for finding relevant partners. In the next phase of the project, GFAR Secretariat will implement similar surveys to collect data from other Regions.