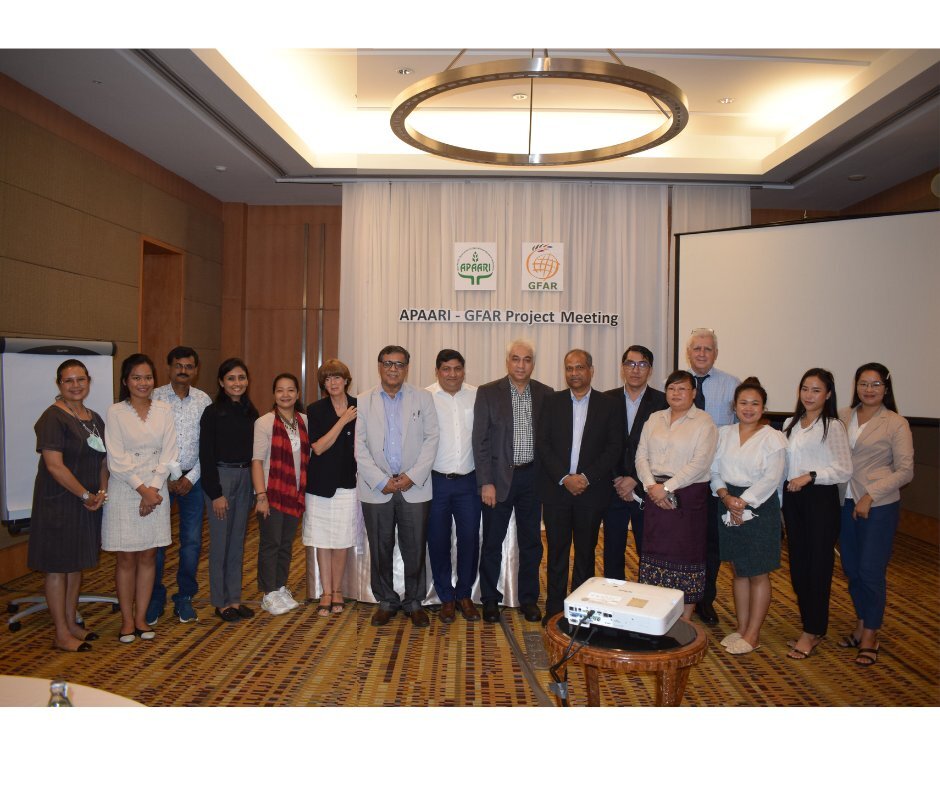 Partners in GFAR have started a Collective Action (CA) on Inclusive Digital Transformation of Agriculture (CAIDA). The first regional phase was launched in August 2021 in Latin America and the Caribbean (LAC). The second regional phase is being launched now in Asia Pacific (AP), coordinated by the Asia-Pacific Association of Agricultural Research Institutions (APAARI).

The kick-off workshop of the Asia Pacific Collective Action on Inclusive Digital Agriculture was held on 4 and 5 August 2022 in Bangkok, as a hybrid event.

Representatives of several partners of the Asia Pacific CAIDA were present in person, from:
•    APAARI, coordinator of the CA in Asia Pacific
•    Asian Farmers’ Association (AFA), representing small-scale farmers of the region in the CA
•    NARS: India, Laos, Iran, Papua New Guinea

Other participants joined virtually, from the NARS of Pakistan, Bhutan, Vietnam, Samoa, Bangladesh and Nepal, and from the Asian NGO Coalition for Agrarian Reform and Rural Development (ANGOC).

Some of the important points of the discussion are highlighted below:

The survey will be administered between September and October 2022.